Bionic mannequins revealed hidden neurotech using AR technology. iPads available at the exhibition housed the app, which allowed users to hover over the sensors on the mannequins and display an AR projection of implantable technologies with clickable labels to educate the users in more depth.

The AR display was well received by the client and used again at the Society for Neuroscience (SfN) Neuroscience 2016 Annual Meeting in San Diego. For this event, the Wyss Center used bionic booth staff instead of mannequins and the delegates were very impressed with the AR technology.

Are you interested in seeing how our cutting-edge Augmented Reality can help you?

Random42 strives to remain at the forefront of interactive technology. Get in touch for a consultation on your next project. 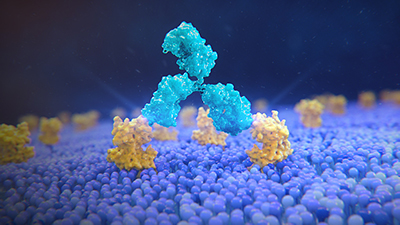